Get fresh music recommendations delivered to your inbox every Friday.

by Cities and Memory 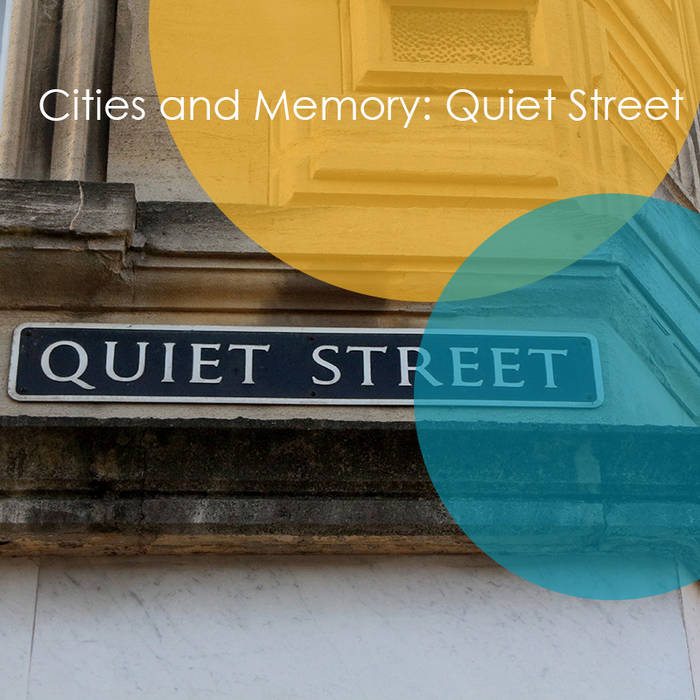 This album presents some of the highlights from the Cities and Memory Quiet Street project, part of the Bath Fringe Arts festival, May-June 2015.

Quiet Street presents the sounds of Bath as they have never been heard before. The audience are invited to explore the sounds of their own city, and to reimagine and see those sounds from every possible angle.

The physical installation at the festival presents two sides of sonic memory – first, the documentary field recording of a location in Bath, and second the reimagining, or ‘memory’ version of the sound. You can navigate between two sonic ‘versions’ of Bath simultaneously on different sides of the space.

One side broadcasts the ‘city’ sound from a location, the other the matching ‘memory’ sound, a remix or reinterpretation of the field recording, time-synced so that the sets of sounds shift in and out of one another in unison. The listener chooses – by his or her own physical proximity – to experience freely the two sound worlds.

Recordings for Quiet Street were collected in Bath during March 2015, and were reimagined both by local sound artists and the global sound art community, with 20 artists taking part, making for an immersive, participatory sonic reconstruction of the city.

The full range of reimagined sounds can be explored on an interactive sound map at www.citiesandmemory.com/quietstreet

Cities and Memory is a global field recording & sound art work that presents both the present reality of a place, but also its imagined, alternative counterpart – remixing the world, one sound at at time.

Bandcamp Daily  your guide to the world of Bandcamp